Written in Straighteners by: Stephanie Sanchez (Hair Coach, Stylists for 20 yrs.)
[As amazon associates we receive commission for every qualified purchases] 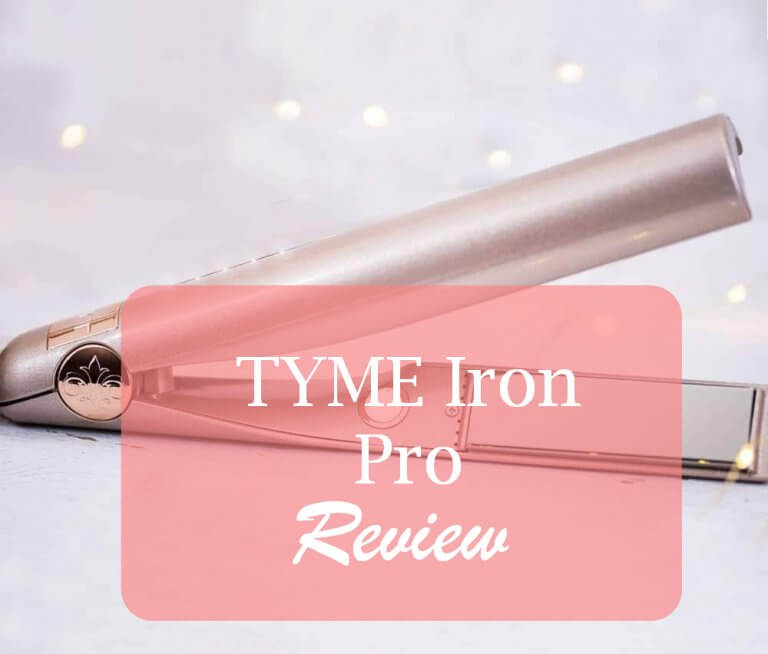 If you are reading this article, I’m sure you have your share of queries and doubts over the TYME Iron Pro. Jacynda Smith, the founder, and CEO of TYME herself has put time and effort into designing this 2-in-1 styler for the masses. So, here’s a review of the Iron Pro to see if it’s worth investing in.

Insight on the TYME Iron Pro

The TYME Iron Pro has a simple, sleek design. The long cylindrical body houses the hinge at one end while the other end has the iron plates at an angle to the hinge. The styler has a single pair of professional grade titanium plates which are just over 1-inch wide with the barrel being about 1.5 inches in diameter.

The Iron Pro has an identical form factor to some of its 2-in-1 counterparts. So, if you have been using any other multi-styler, the Iron Pro should not feel too awkward to handle. Even the beginners will eventually get to its grips.

The aspect of device operation relies on a single circular button garnished by a copper color ring. The only button provided (which enables powering and temperature selection) remains concealed within the body structure during use; hence, preventing accidental switch off or temperature selection.

Some of the Highlighted Features of TYME Iron Pro:

Apart from all the features, the TYME Iron Pro comes with a 1-year warranty and a 30-day money-back guarantee. Additionally, you also get StyleTYME sessions (through FaceTime, Skype, or Google Hangouts) to help you master the use of your Iron Pro.

Our Experience with the Tyme Iron Pro

The TYME Iron Pro is similar in use with other stylers in most aspects. There’s the usual sandwiching of hair in between the plates to get the curls, waves or straights going. But whether you get a curl, wave or straight hair depends mostly on the way you use the Iron Pro. The key to hair styling with the Iron Pro is working it in angles.

Whatever be the style you desire, straights, curls or waves, initially you will find it hard to grasp the use of the device. You will have to work on your grip, twisting, and speed to get the desired hairstyle with the help of the Iron Pro. TYME also have you covered in this regard with their FaceTYME sessions as I had stated earlier.

[You can bookmark this complete guide on how to use tyme iron pro and learn the full process using your new tyme iron pro later.]

Tyme’s Impression in the Market

The customer base is split into two diverse groups; one likes the hair tool, the other not so much. The Amazon reviews for the TYME Pro being proof of it. Believe me or not, but that does not tell the whole story about the Iron Pro.

We went through numerous reviews that pointed fingers at the hair tool for being incompetent at its job. Most of them had either of these reasons:

Let’s focus on each aspect.

To remind you again, the Iron Pro has a very different design from its counterparts. The scissoring motion along with the clipping L-edge mean that using the device the conventional way won't give you the desired results. Most disappointed customers are either holding or handling the device incorrectly or doing both.

Here's a video where a reviewer uses the tool the wrong way.

We suggest you make an appointment with TYME for their FaceTYME sessions to better understand how the product works.

A FaceTyme session with the Tyme support Team.

The device does not work correctly, quality being bad...

There are two aspects to the Iron Pro not working correctly. Either you have a knock offs, or the device is defective.Yes, there are fake TYME Iron Pros in the market. So it is necessary you understand the differences and buy the original product. Hence, always ensure you get the genuine TYME product. If a customer receives a defective device, he or she can contact the seller and sort out the problem.

​​Here's a video of Tyme Team catching a Fraud in Arizona

*At amazon, there is official seller from Tyme. For avoiding fraud, order from here with free shipping. 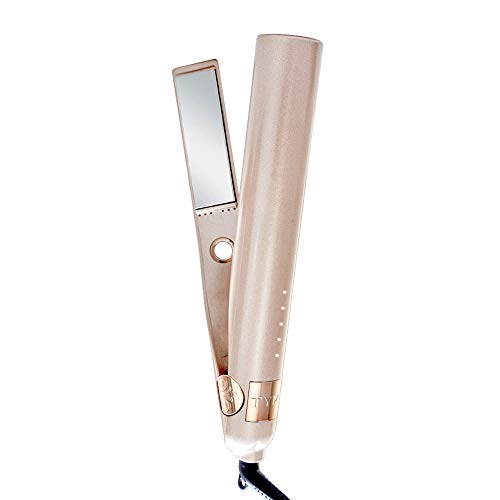 Curls do not hold...

That covers most controversial aspects of the iron. And, now comes the most important question – should you have one?

Our Review Verdict: Should you have the TYME Iron Pro?

Simply put, Yes, you should if you don’t mind the initial phase of learning how the device works.

Initially, the TYME Iron Pro might not make a good impression with you, especially if you have prior experience with curlers and straighteners. That said, every new product that you own demands you to step on a learning path. It is just that Iron Pro’s unique way of working makes the learning curve steeper than other products in the market. The biggest hurdle with acquainting yourself with the Iron Pro will be the way it works.

Using a product based on some bias of how it should work, won't help you. You need to work with the product to be able to experience the best of its capabilities.

If you want a 2-in-1 multi-styler and don’t mind a bit of learning and adapting, go for it.